The project is interpretation of Alice in Wonderland through multimedia technologies and performances in harmony with on the stage.

Apart from the works produced for Alice so far, the story is approached from a very different perspective; it was the main goal of the project to create an adaptation that modernized it and combined it with the journey of digitalization of today's people. In order to create a different perception of the work we do, the use of technology and the effort to combine it with the human element is an important part of our vision. Our goal was to use the various technologies together in the production of the project and to bring the players into the multimedia world we designed with the staging techniques we applied and to bring together the animation player association with the audience in an interactive way.

Being able to gather different aspects of technology, use them in harmony and merge the animation with the actors in an interactive way was our main goal which we wanted to present to the audience. Each character was shot in Greenbox and 3D scanned to create a digital copy of their persona so they would have an unlimited 3D world where they can move freely. Motion capture technique was used for giving "life" to the 3D scanned characters. With the help of holographic curtains and projection mapping, interactive animations and special effects were added to enhance the surreal world of Alice. This experience is a first in Turkey; an exciting combination of technology and human to achieve a magical and inspiring world, pushing its limits to the boundaries of theater and musical play is still a full house on the second season. Hope you enjoy the video! 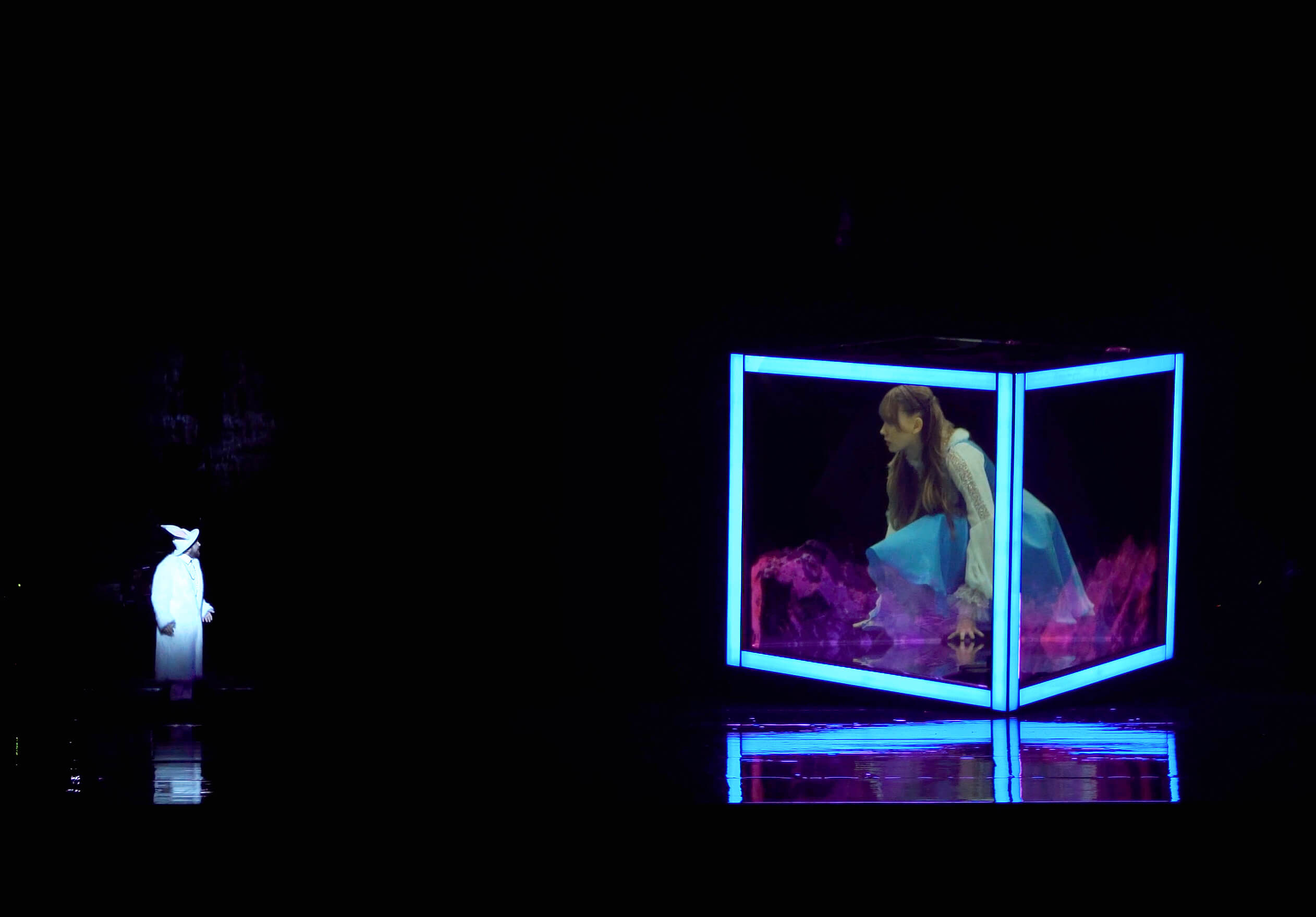